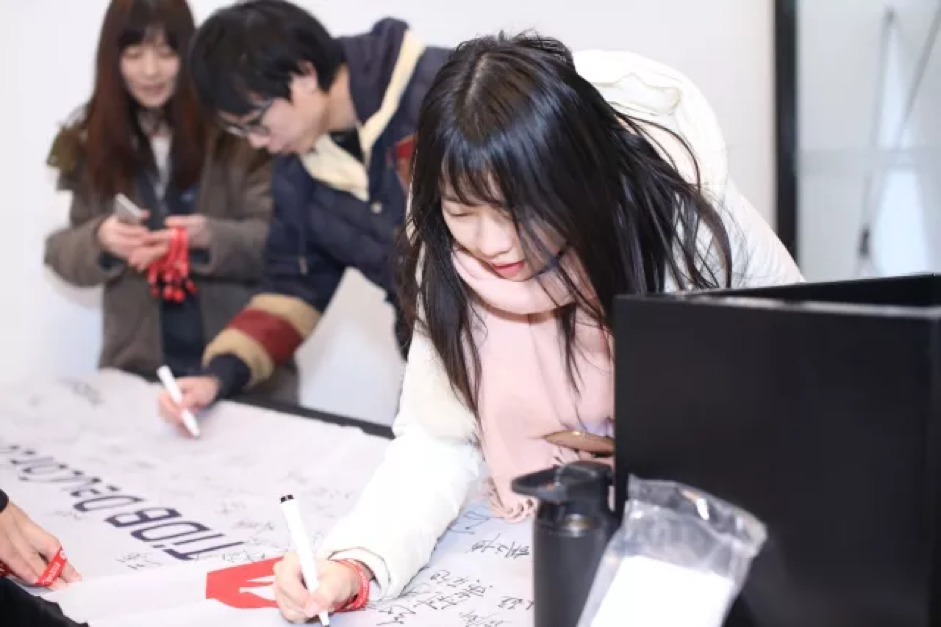 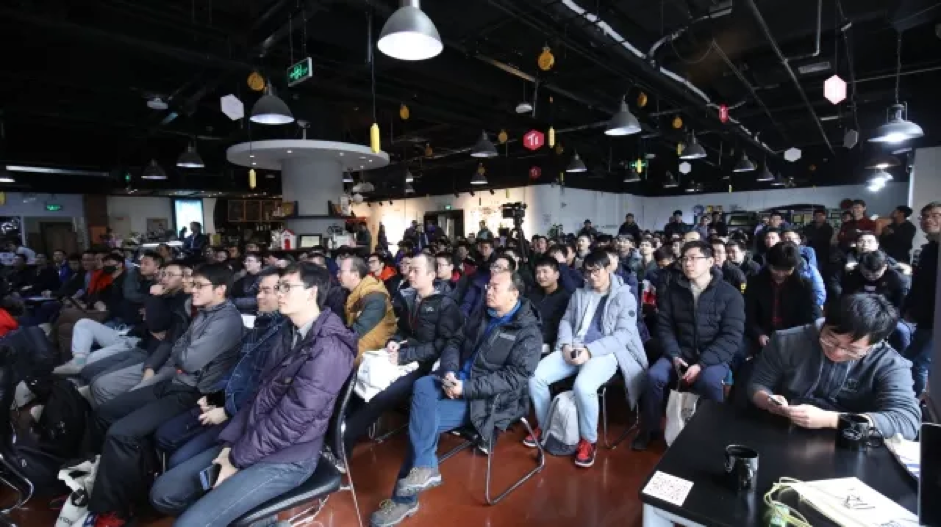 A packed audience at TiDB DevCon 2018

At this party, the team behind TiDB announced exciting news, shared the project's latest development, and unveiled the future plans of the TiDB project. Here are some important news and highlights: 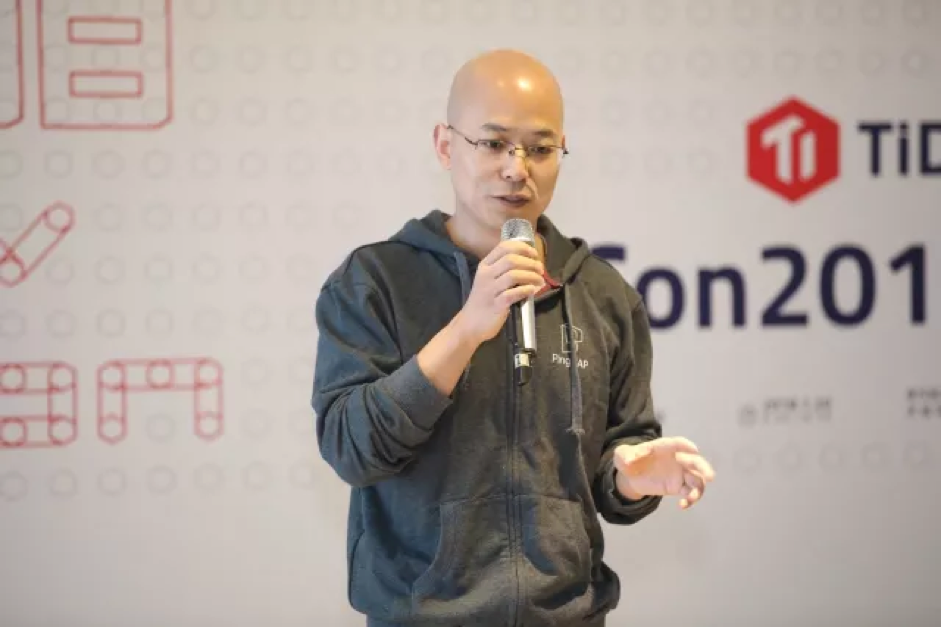 Designed to be a cloud-native HTAP database, TiDB has been fully integrated and available on UCloud and Tencent Cloud. Close partnerships with other public cloud vendors will be announced soon. Stay tuned! A Senior Manager of the databse team at Mobike, sharing their best practices of TiDB 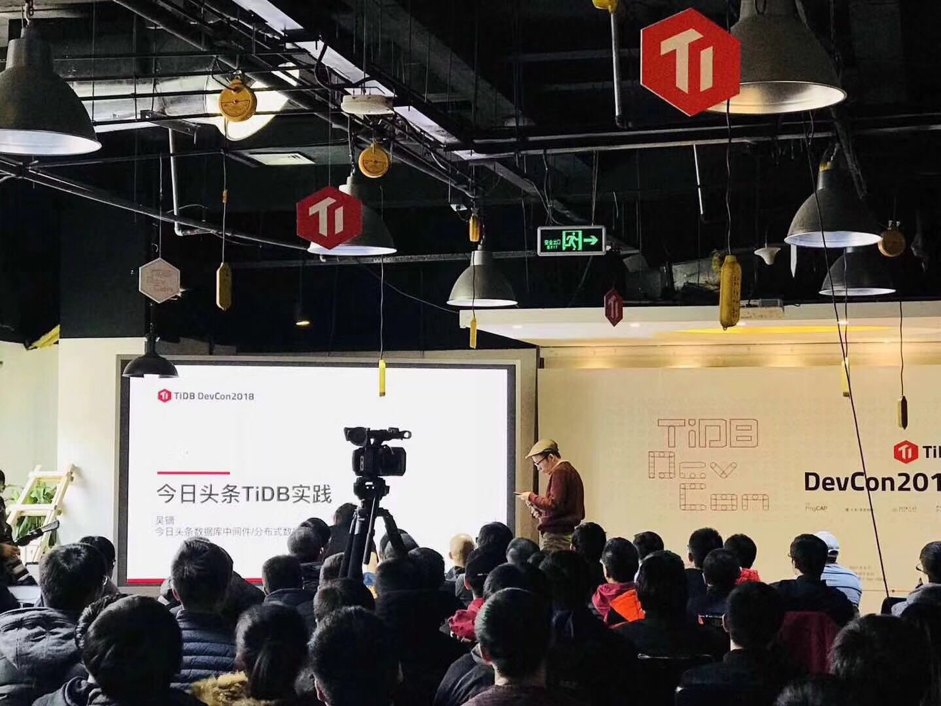 Tech Lead of the Database Middleware and Distributed Database Team at Toutiao, sharing their best practices of TiDB 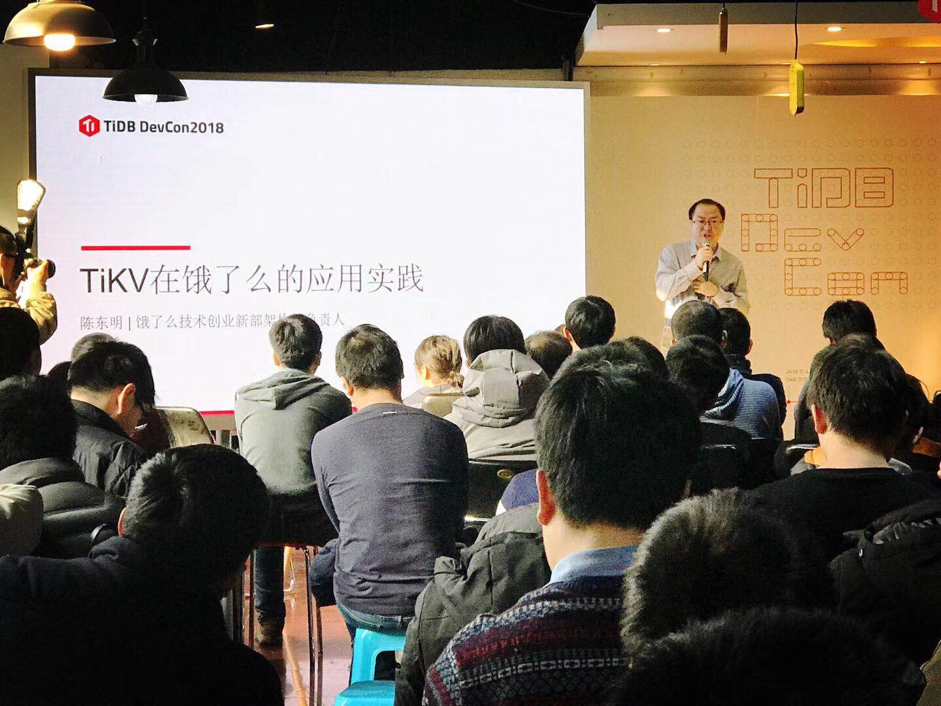 Tech lead of the architecture team in the Technical Innovation department at Ele.me, sharing their use case with TiDB 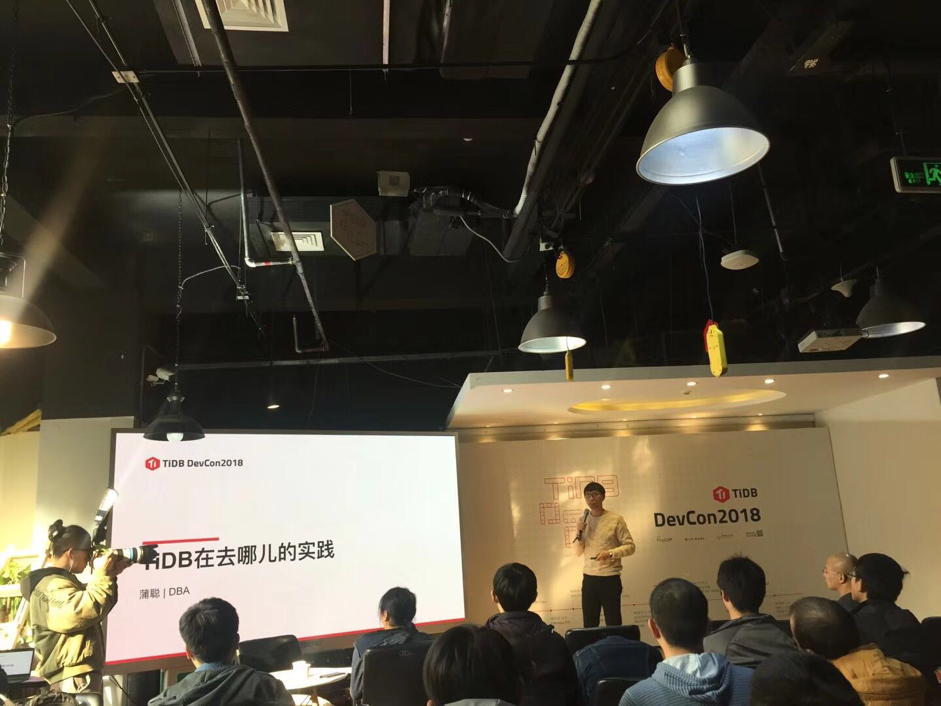 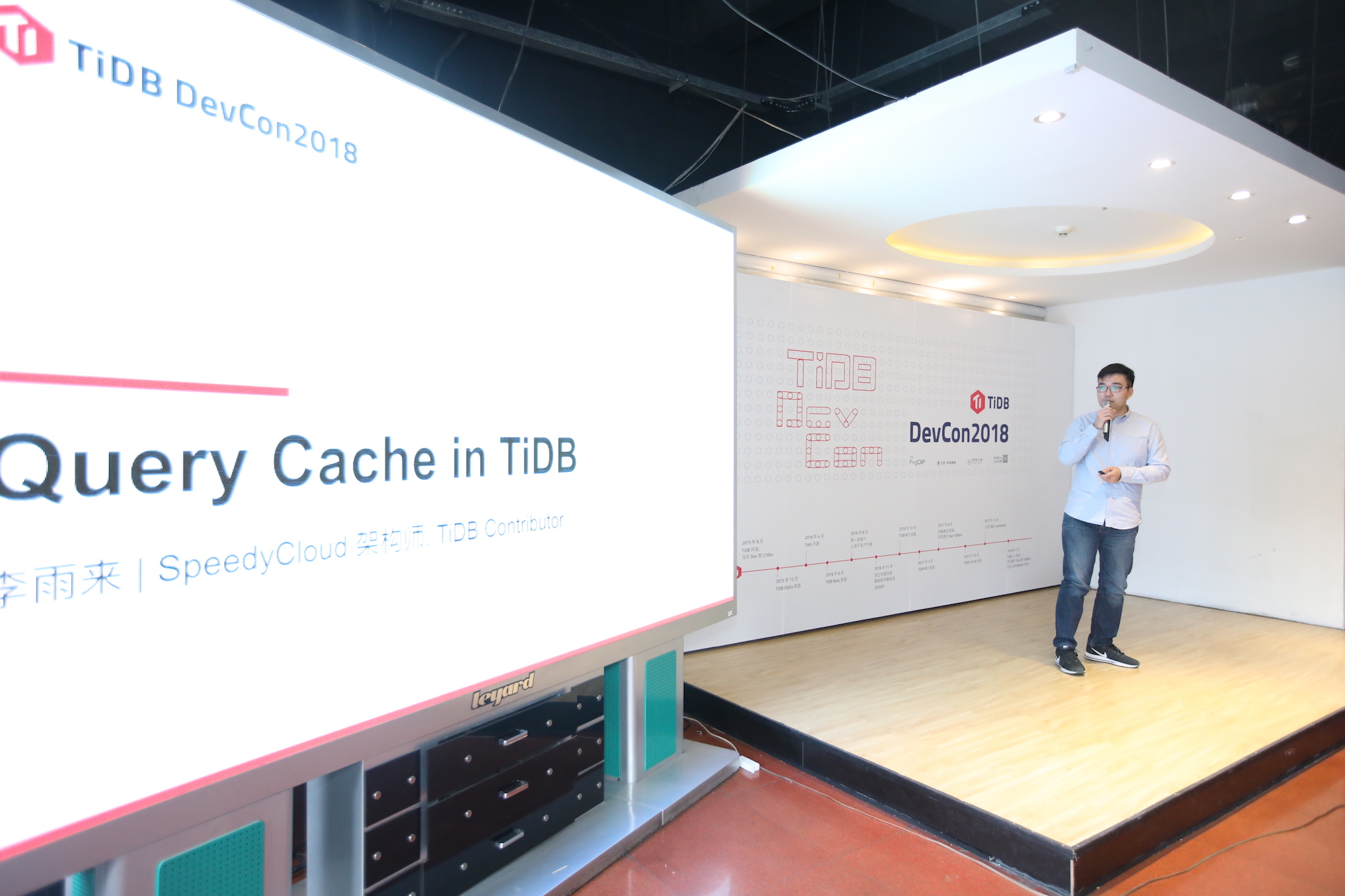 On January 19th, one day before DevCon, TiDB 1.1 Alpha was released with the following improvements:

With TiDB Lightning, it takes less than 5 hours to import 1 TB of raw SQL file from MySQL to TiDB--10x faster than before.

Deploying a TiDB cluster is much easier than ever before. Developers can use Docker Compose to launch a local TiDB cluster with one command on their laptops and play around with it. Moreover, the container-based components of TiDB managed by a special software named tidb-operator can be simply deployed and maintained on a Kubernetes environment in production. 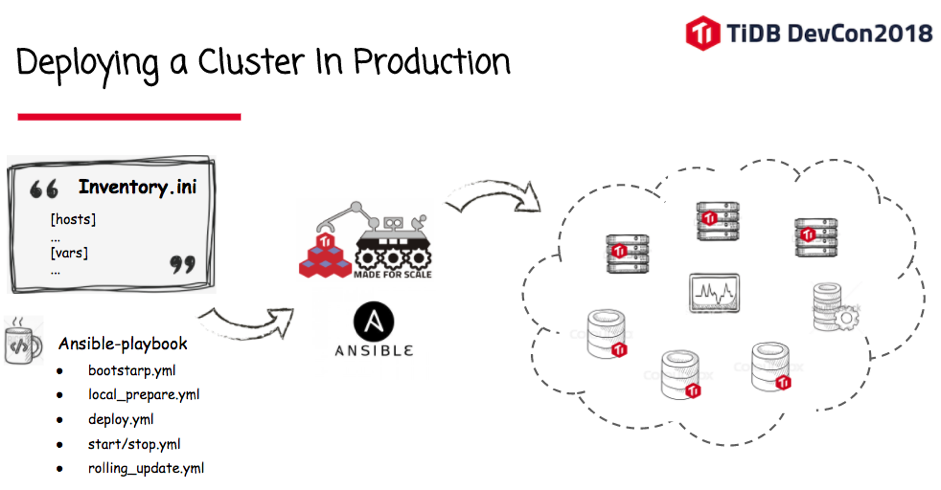 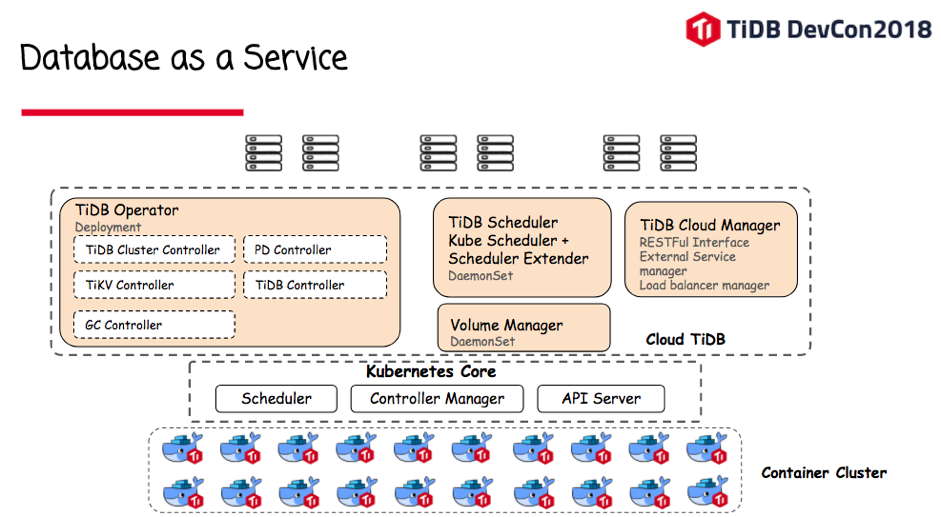 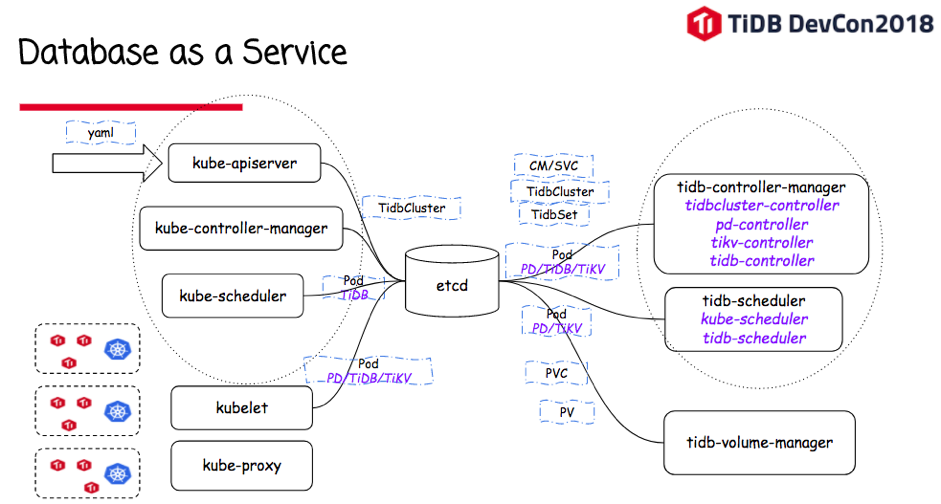 TiDB Syncer is a smart tool to migrate data from MySQL to TiDB in real time. It poses as a MySQL secondary and listens to the changes of primary by parsing the MySQL Binary Logs, and replaying the changes sequentially on the TiDB instance.

TiDB Binlog is a tool designed to help users to synchronize data to downstream database in real-time. For example, users can use TiDB binlog to synchronize data from one TiDB instance to another as a Hot-backup cluster. In addition, TiDB Binlog can also be used for other purposes, such as incremental backup, message triggering and subscription or driving stream computing and analytics. 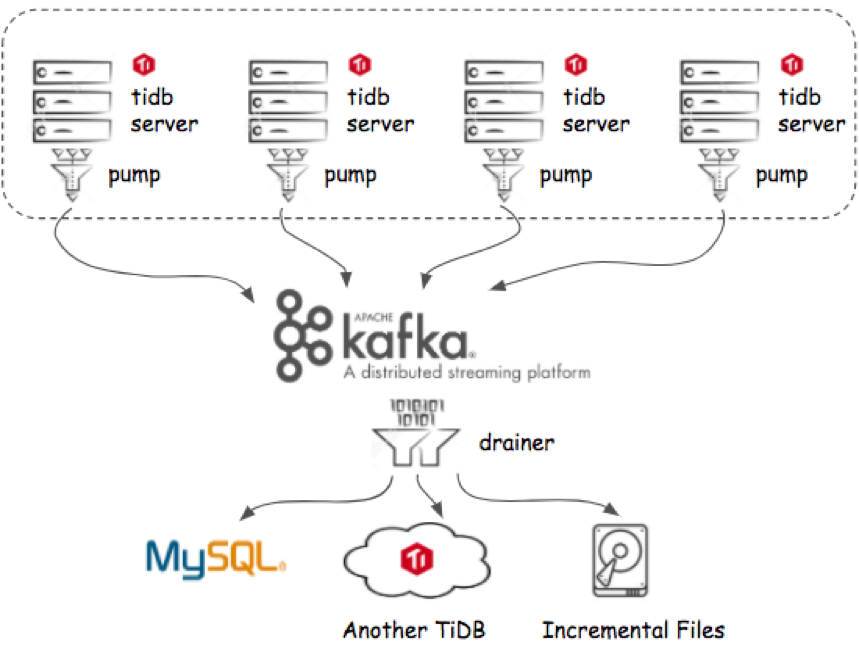 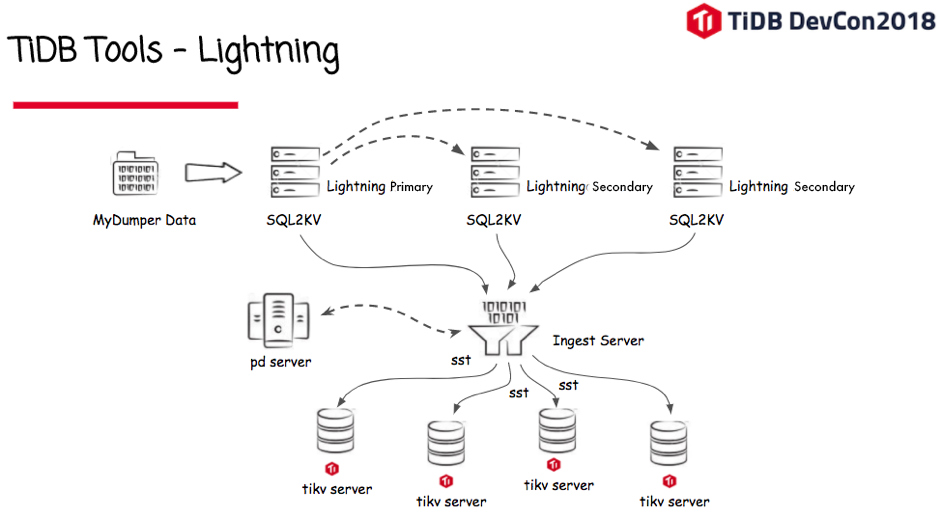 Wormhole is an enterprise edition tool for data synchronization. It contains the following features:

TiDB Insight provides users with a real-time visualization and overview into the region distribution, leader regions status, hotspots, region & leader transfer, traffic flow, and the health of the entire cluster. 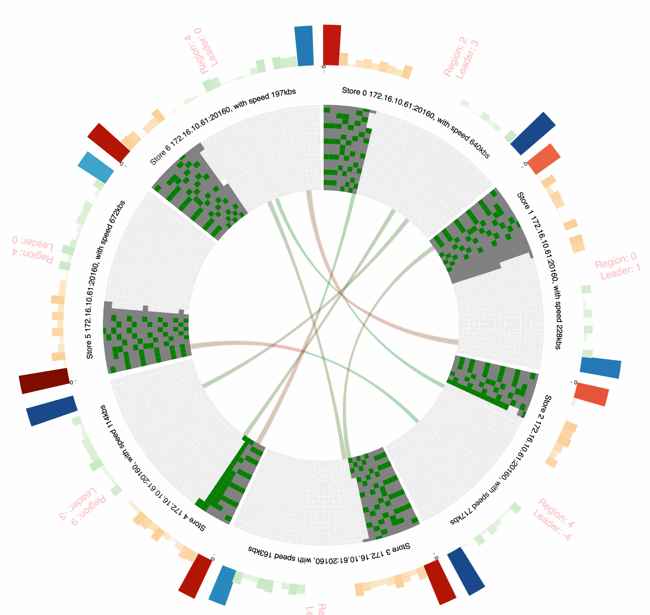 The TiDB monitoring system collects metrics from TiDB cluster and is integrated with Grafana to visualize data. Alerts are defined based on Prometheus's flexible query language. And the alerting system can keep users informed of any abnormal status in their TiDB cluster via email, SMS, Slack messages, or other customized ways. 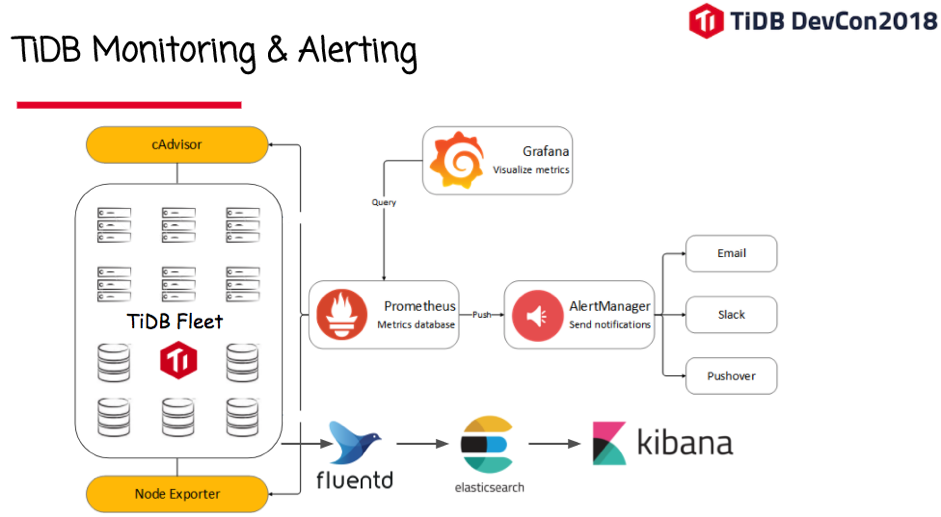 After recapping all the news and developments from an exciting and productive 2017, PingCAP co-founder and CEO, Max Liu, unveiled TiDB's 2018 roadmap. 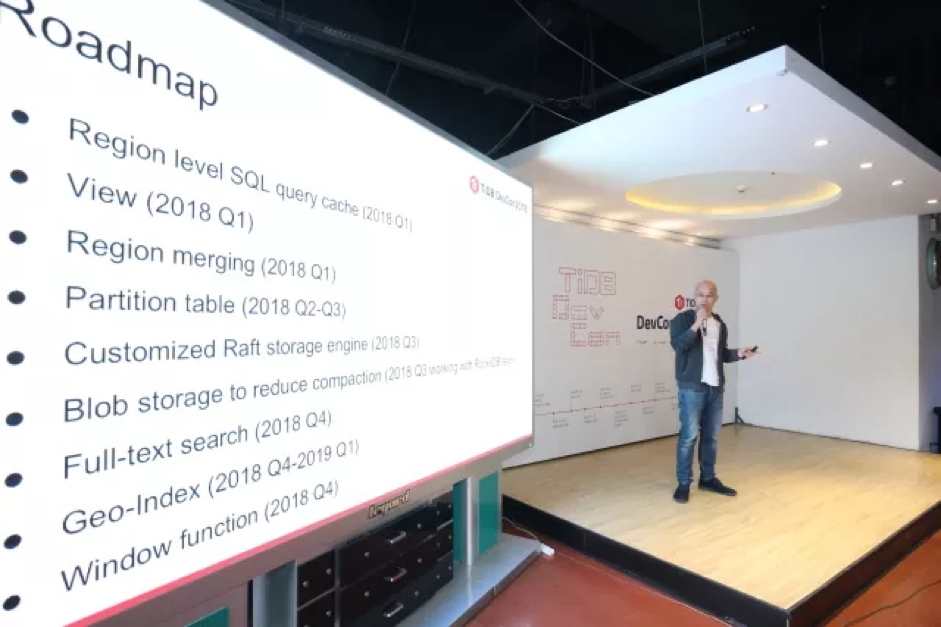 Last but not least, we want to thank all the attendees for braving the cold to participate in the first (but definitely not the last) TiDB DevCon, all the speakers from our customer companies to share their use cases and best practices, and all the amazing contributors to the vibrant and growing TiDB community. We know you have big hopes for 2018; we won't let you down.