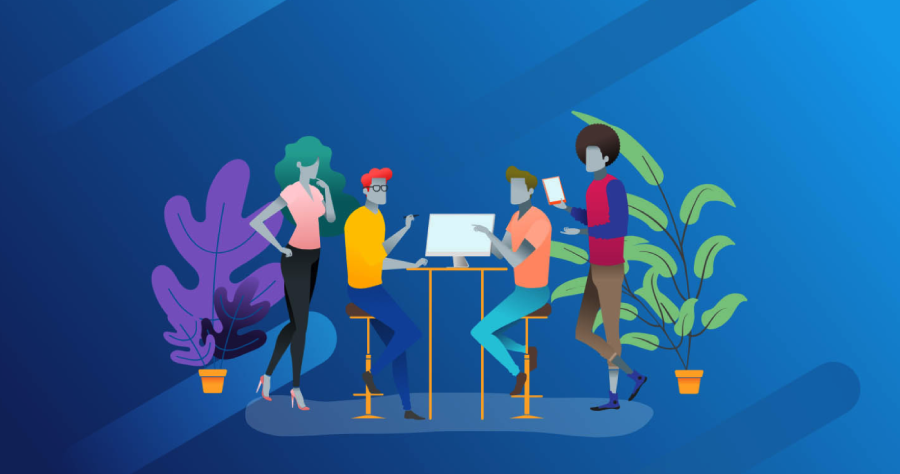 Organization structure of the old community

This is what the community organization structure used to be:

The old community was mainly geared towards the TiDB Developer Group. The main roles are Maintainer, Committer, Contributor, etc., among which:

The TiDB user community has played an important role in product polishing and upgrading. However, it was obscured in the old community structure. In addition, the responsibilities for the roles in the developer community and the relationship between roles are relatively simple. Therefore, we decided to include the TiDB user community in the new community structure while providing the TiDB developer community with clearly defined roles, rights, and responsibilities. At the same time, some new roles and new organizations have been introduced. Let's take a closer look.

Change 1: Include the TiDB user community

As TiDB becomes maturer, the TiDB user community is growing stronger. The feedback and practical experience gained from users have an important role to play in the improvement and application of TiDB products. Therefore, we would like to take this opportunity to officially include the TiDB User Group (TUG) in the new community structure, so that users and developers can communicate and interact better, thereby promoting healthy development of the TiDB community.

The TiDB User Group (TUG) is an independent, non-profit, third-party organization sponsored and managed by TiDB users to enhance communication and learning among the community. The operation forms of TUG include, but are not limited to, online Q&A and technical article sharing, offline technical salons, visits to famous companies, official interactive events and so on. TUG members can learn cutting-edge technical knowledge, publish technical insights, and jointly build TiDB projects through online and offline activities.

The above picture reflects the second change in this community structure upgrade - the roles of Reviewer and Active Contributor will be introduced to the developer community.

An Active Contributor is a contributor who contributes more than 8 pull requests (PRs) within a year. A Reviewer is generated from Active Contributors and has the right and obligation to review PRs for sub-modules of TiDB or TiKV. These roles will be covered in more details later when we introduce the Special Interest Group. 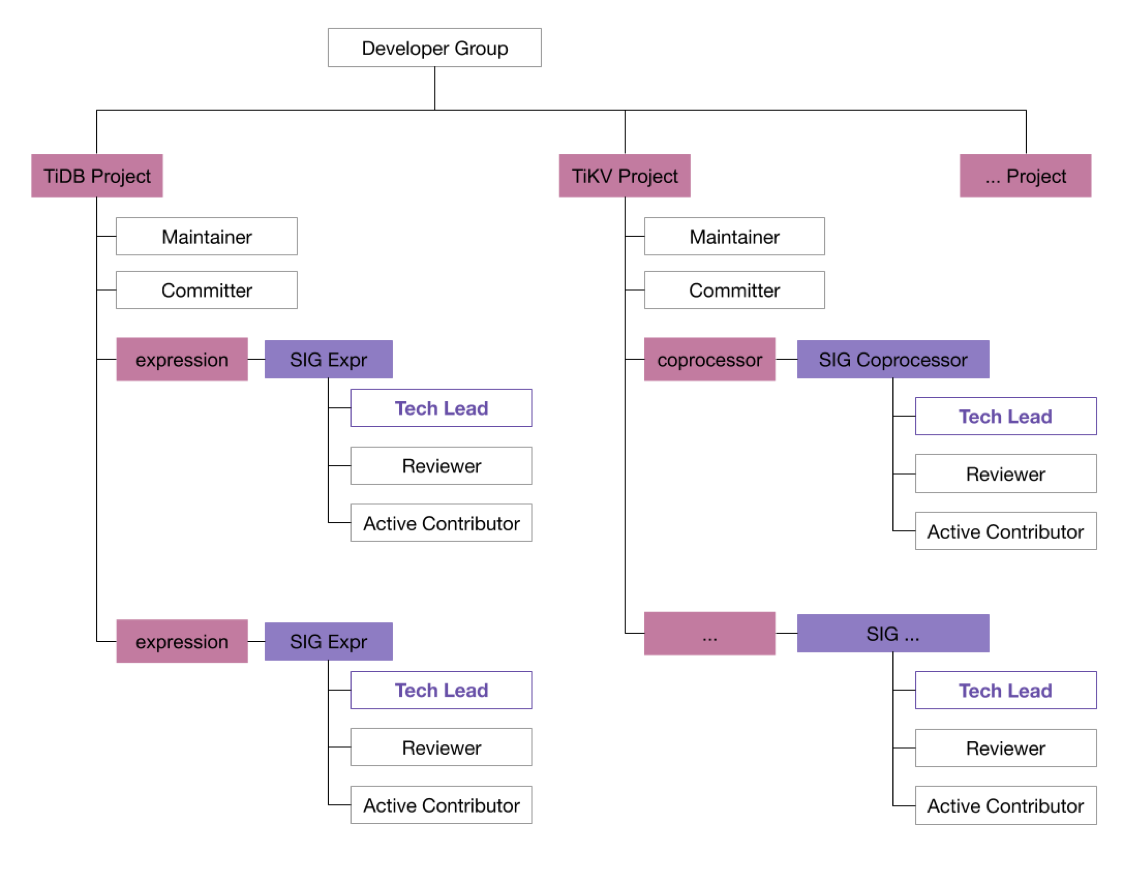 The above diagram shows the overall structure of the developer community from a vertical angle, reflecting the third change in this community architecture upgrade - the introduction of the Special Interest Group (SIG).

An SIG mainly leads the development and maintenance of a TiDB/TiKV module and is responsible for the quality of the module's code. Active Contributors that meet the requirements will be invited to an SIG. Developers in the SIG will receive continuous guidance from Tech Leads while they optimize and improve the module, and meanwhile exercise their technical skills. Community developers can gradually grow from the initial Active Contributor to the community-recognized Reviewer, Committer, and even Maintainer through SIGs. In general, each SIG will organize meetings periodically to discuss about the recent progress and the problems encountered. All meeting discussions are open to the community, so that interested community members can participate.

For reference, see our Execution Interest Group in operation.

There are another two roles:

The detailed definitions and rights and responsibilities of the above community roles can be viewed here. 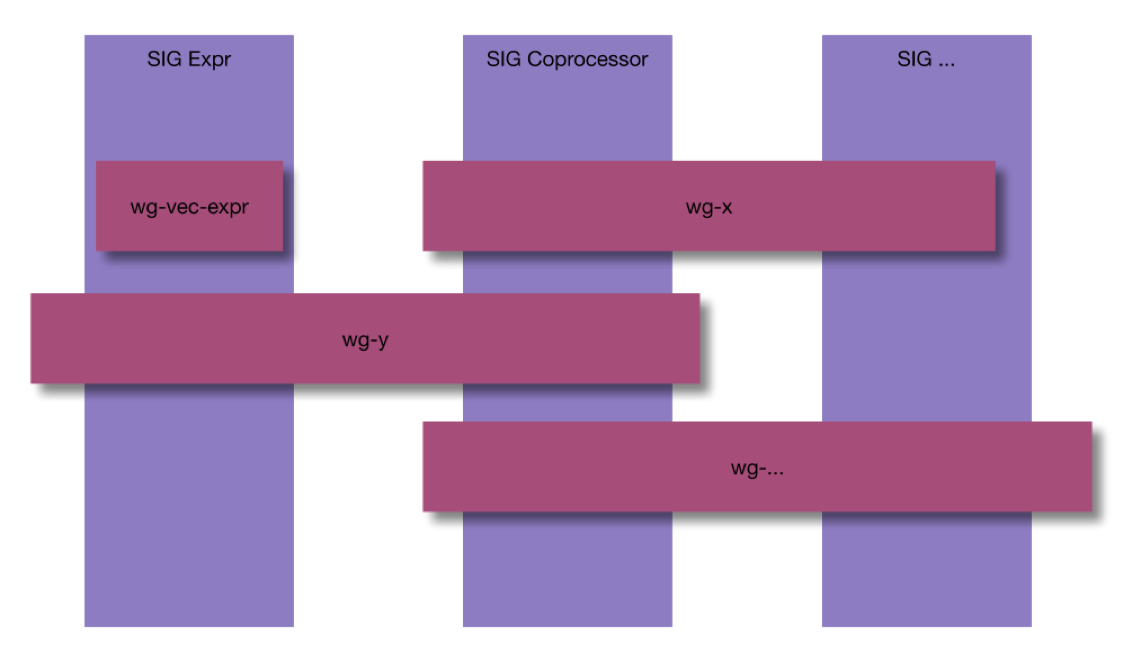 The fourth change is the introduction of the Working Group (WG) in the developer community structure. A WG is formed by community developers who gather together to accomplish a specific goal with PingCAP members. To achieve the goal, some WGs may span over multiple SIGs, and some WGs may only focus on something specific in a specific SIG.

Each WG has its life cycle. Once the goal is completed, the group will be disbanded. The only goal of WG operations and management is to ensure that the goals set by the group are completed at the right time. In general, the working group hold periodic meetings to summarize the current project progress and determine the plans for next steps.

For reference, see our Vectorized Expression Working Group in operation.

In general, this community structure upgrade has the following improvements:

In terms of community operations, we will continue our efforts in the following aspects:

In the future, we will successively open more SIGs and WGs. More database-related materials will be continuously distributed in SIGs to help members gradually participate in the development of TiDB. We hope more and more members can join us and make TiDB the de-facto standard of open source distributed relational databases!