In data-critical industries like the financial industry, data storage and access need a high availability architecture. Within this architecture, if a server goes down, the system can still provide services. But if a natural disaster like an earthquake occurs, there might be a network partition or, even worse, all the servers in the data center (DC) could fail. In this case, to guarantee system availability, we need a remote disaster recovery architecture. What's more, it's better to keep a long distance between data centers, so that a disaster in one region won't make a huge impact on another.

However, this architecture has two limitations:

At PingCAP's TiDB Hackathon 2019, we had fun hacking a project to mitigate these issues. We used the Raft algorithm to mitigate TiDB multi-region latency, and we were able to optimize the following:

In this post, we'll introduce how we reduced the read latency and network traffic by half for a multi-region architecture. If you have similar problems, we hope this post will help you.

Before we explain the technical implementation, let's assume a sample multi-region architecture as follows: 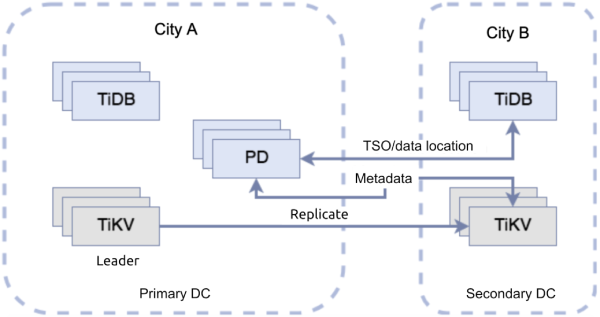 In the figure, the two dotted boxes indicate two DCs.

The box on the left is the primary DC in City A. This DC deploys the following:

The box on the right is the secondary DC in City B. The remaining TiKV servers and TiDB servers are in this DC. Users can read data from either DC, but only write data to the primary one, City A.

Then, let's consider reads. Inside TiDB, a typical process for reading data from City B is as follows:

We can see that TiKV followers in City B are not involved in this process.

This implementation has two issues:

Now let's see what we can do to alleviate these problems.

How to reduce multi-region network traffic

As our previous post discussed, Follower Read lets any follower replica in a Region serve a read request under the premise of strongly consistent reads. This feature reduces the load on the leader and improves the throughput of the TiDB cluster.

The optimization is effective, as shown in the following figure:

Our previous post mentioned that the TiKV cluster implements the Raft protocol to ensure data consistency. In a Raft group, the leader replicates an entry to all followers to keep logs consistent. When the entry is replicated to the majority of peers in a Raft group, it means that it is successfully written to TiKV.

But a problem might occur: sometimes TiKV servers are deployed worldwide in different DCs, so cross-DC network costs and latencies are high. Because there is only one leader, messages are frequently transmitted between DCs.

Note: Because we must ensure data integrity when a data center fails, in a real production environment, A1, A2, and A3 in City A shouldn't be deployed in one data center. However, here we only care about network transmissions between different cities, so let's ignore these details.

In the Raft group formed by these replicas, A1 in City A is the leader. A1 needs to broadcast an entry to B1 and B2 in City B. This broadcast involves at least two cross-DC (cross-region) network transmissions, as shown in the following figure:

For this issue, we introduced the Follower Replication feature that aimed to minimize multi-region network transmissions.

To implement Follower Replication, the leader should know about all Raft peers and their DCs.

Here, we introduce a new concept: Group. Each Raft peer has a corresponding Group ID. Peers with the same Group ID are in the same DC. The leader knows the Group ID of each Raft peer. When the leader broadcasts a message, it chooses a peer as a follower delegate in a Group and sends the information Group members need to the delegate. Then, the delegate replicates data to the other members in the Group, as shown in the following figure:

Message broadcasting with a follower delegate

After we introduced Follower Replication, messages sent by the leader dropped by half. This dramatically decreases the multi-region bandwidth stress and reduces the overhead for the leader to send network messages. 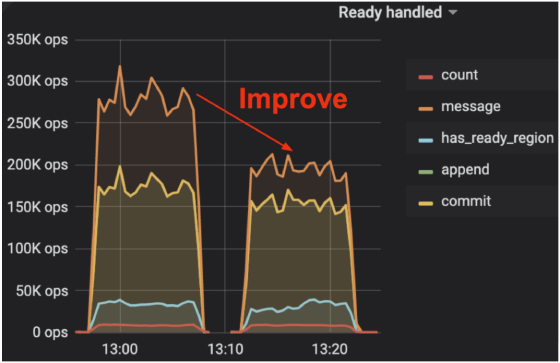 Messages dropped by half

Actually, the Follower Replication implementation is complicated. We'll describe it in detail in a future post.

We've drafted a request for comments (RFC) document to optimize the Raft protocol and filed a pull request (PR) to raft-rs. We have also contributed to etcd, the raft-rs upstream project.

How to reduce multi-region read latency

As we mentioned above, when Follower Read is enabled, we can substantially reduce multi-region network traffic. But in our sample architecture, TiDB still needs two RTTs across regions. The high latency is caused by the engineering implementation: TiDB obtains a TSO from PD (one RTT) and reads the index (another RTT).

To reduce the high read latency, we add a proxy service in City A, which can handle get_ts_and_read_index requests: 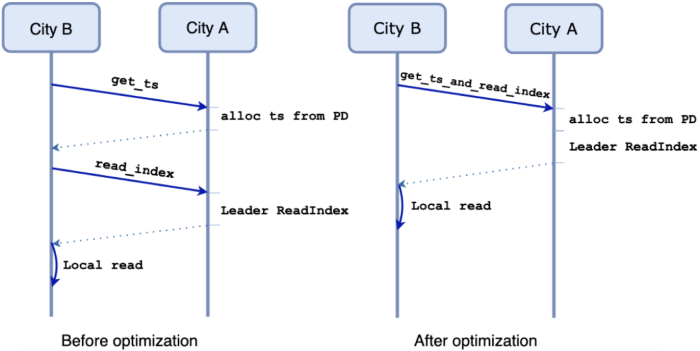 Before and after optimizing Follower Read

With the optimization, the multi-region read request latency drops from two RTTs to one RTT. It's because the client in City B sends one get_ts_and_read_index request to a proxy in City A, instead of sending the read_index request after receiving the get_ts response. Although the proxy in City A still needs to allocate the timestamp and get ReadIndex one by one, one RTT is saved.

We simulated a cross-region network environment with a 100 ms network latency. After we optimized Follower Read, the read latency was reduced from 200 ms to 100 ms. 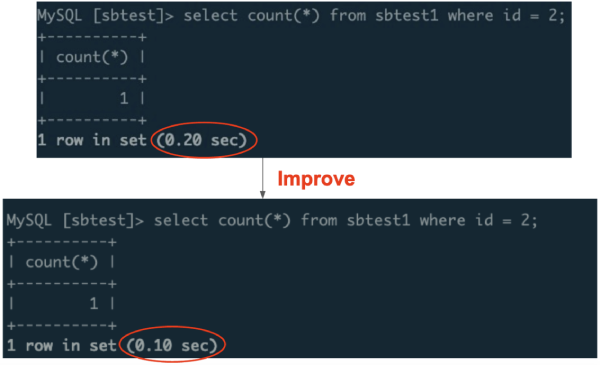 Reducing the read latency by half

We simulated another high-latency network environment and tested the read latency for prepared statements. The execution implicitly contained a cross-region network interaction operation. Therefore, as the following figure shows, the read latency dropped from 300 ms to 200 ms.

When no atomic clock is available, to guarantee linearizability, one request is required to obtain the TSO. Considering this fact, one RTT is the optimal result for the current architecture.

Evaluation for this project 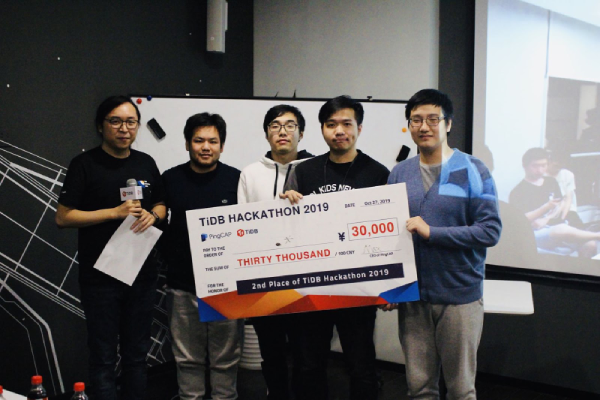 "With the joint cooperation of community contributors, I believe that TiDB will deliver a Google Spanner-grade user experience for customers in the future."

"Generally, we recommend that users deploy TiDB components in three DCs with five replicas within the same city or in two cities. Among the three DCs, one has a single replica and each of the others has two replicas. The network lease cost is the main investment for this architecture. In a stress test, we found that the network bandwidth was fully occupied under extreme stress."

The optimizations discussed above are not final implementations. In addition to these problems, we have more issues to resolve or optimize in the multi-region architecture. For example:

The scalability achieved via hardware is limited. Only by continuously optimizing software can we get the highest performance under the given hardware conditions.

Currently, our project is in the incubation stage. After we put our project into operation, we hope that TiDB's multi-region network latency and bandwidth can be remarkably optimized.