NetEase Games: Why We Chose TiDB over Other MySQL-based and NewSQL Storage Solutions

NetEase Games, affiliated with NetEase, Inc., is a leading provider of self‐developed PC‐client and mobile games to worldwide users. As one of the biggest players in China's online gaming market, we currently have over 250 games in operation, some of which maintain millions of daily active users. NetEase Games has achieved more than $1 billion in revenue for the fifth consecutive quarter.

The billing team is a support department that provides unified login and payment solutions for NetEase Games products. Our billing system unifies storage for more than 280 game clients and servers and more than 300 channel vendors at home and abroad. We also provide valuable data services for business units such as the product operations team and strategy research team.

As our business boomed, the soaring data size became a nightmare for us. Every day, our billing applications processed over 3.6 billion requests, generated over 5 terabytes of log data, and wrote dozens of gigabytes of data into the database. This exposed the bottlenecks of our standalone MySQL architecture in scalability, data isolation, performance, and other areas.

In this post, I'll dive deep into why we chose TiDB, an open-source MySQL-compatible distributed Hybrid Transactional/Analytical Processing (HTAP) database, over some other MySQL-based and NewSQL storage solutions. I'll describe how we tested TiDB against its competitors, why TiDB won, and how we are using it now.

In this section, I'll introduce the MySQL architecture for our billing applications and the bottlenecks we identify. As you'll see, database scalability and data isolation are our two major pain points.

MySQL architecture for our applications 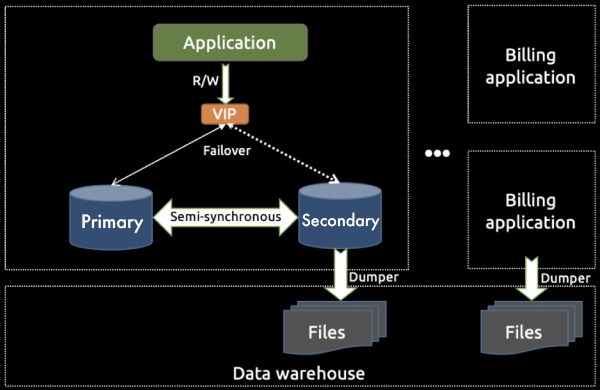 The architecture has the following characteristics:

There are over 50 MySQL primary-secondary structures like this, involving 200~400 servers. Gigabytes of data are inserted on a daily basis. 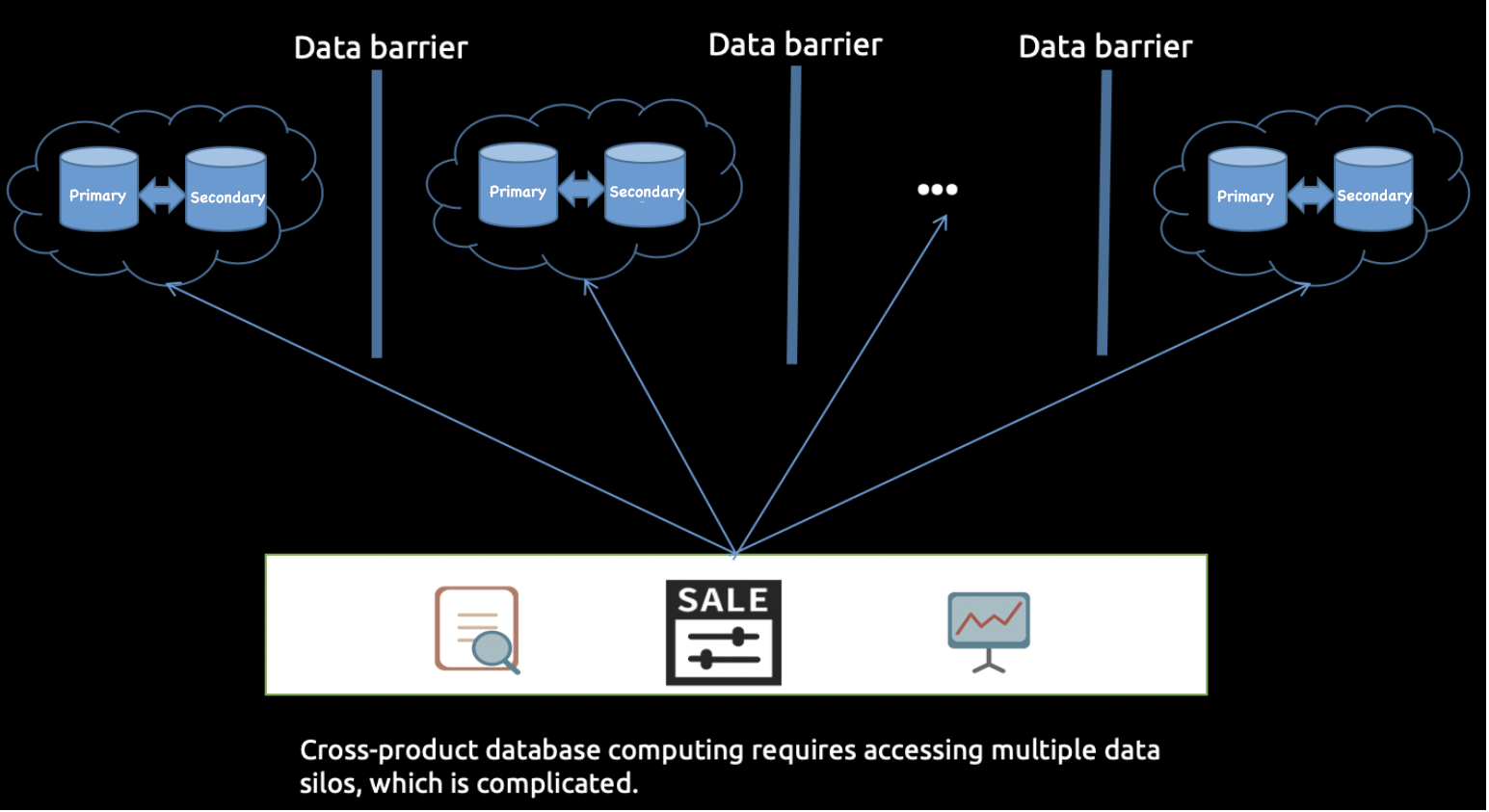 In this section, I'll describe the ideal database for our applications, and what we did to find it.

The ideal database for our applications

Considering our billing applications were highly coupled with MySQL, to resolve our issues we needed a new storage solution with the following features:

At the beginning, we preferred to use MySQL-based solutions such as MySQL InnoDB clusters or MySQL with middleware. We designed some tests to verify each solution's practicality.

In MySQL clusters of two different versions—5.7.25 and 8.0.12—we performed writes on 10 tables (each had 10 million rows) with 128 concurrent threads. The same test was run for clusters with a single node (that is, a standalone architecture), three nodes, and five nodes. The results are shown below:

The tests showed that a multi-node MySQL cluster performed about 30% worse under write workloads than a standalone MySQL node. Other read and write tests had similar results.

We tested MySQL with middleware solutions, and this architecture didn't meet our expectations. To sum up, we did not adopt these solutions or the MySQL sharding solution for two reasons:

In fact, solutions such as MySQL InnoDB clusters and MySQL with middleware are essentially an extension of the MySQL primary-secondary structure. They are not a real distributed system, but achieve horizontal scalability in a way like adding "patches"—that's why many of their characteristics did not meet our expectations.

In the distributed NewSQL world, TiDB and CockroachDB (CRDB for short) are well known to many, and both are the open-source implementation of the Google Spanner and F1 papers. Our research showed that:

We also conducted comprehensive tests for TiDB and CRDB. For example, in July, 2018, we created two clusters of 10 machines each. Five of the nodes in each cluster were dedicated storage nodes. We deployed CRDB 2.1.0 on one cluster and TiDB 2.0.5 on the other. We performed reads and writes on a single table of 200 million rows with 160 concurrent threads. (Both CRDB and TiDB clusters used the default configuration and were not tuned.)

Here are some testing statements we ran:

The following figure shows one of our important testing results: In general, CRDB 2.1.0 and TiDB 2.0.5 had a similar performance in most of the read and write workloads.

Performance comparison of reads and writes on a large table

Finally, it was time to make our decision. For each solution in the discussion, we evaluated the factors that were most important to us:

It seemed like TiDB has a competitive edge over the others. Then, we listed what TiDB empowered us to do:

As far as we were concerned, TiDB was the most cost-effective solution to fit in our scenarios, and we wanted to give it a try!

Using TiDB for our applications

Throughout our journey with TiDB, we've used multiple versions for testing or production, including versions 1.0, 2.0.5, 2.0.11, 2.1.5, 2.1.15, and 3.0.3. We've witnessed the great improvements TiDB has made over the years. In this section, I'll describe how we're currently using TiDB for our billing applications.

We deploy the TiDB cluster in a highly-layered structure as shown below. NGINX is used for load balancing in the front end.

Inside the TiDB cluster, there are three main components:

In this post, I discussed why we adopted a new storage solution for our billing applications and why we chose TiDB over other alternatives. Our current success with using TiDB gives us the confidence to move more of our services to TiDB in the future. This scale-out distributed SQL database enables us to gain insights from data and create value for our users.

In my next post, I'll share some first-hand experiences on how we migrated applications from MySQL to TiDB, as well as how we managed and maintained a TiDB cluster. Stay tuned.