In the past year, as most people practiced social distancing, they relied heavily on online services for shopping, remote working, and socializing. Online services surged, and as the requests and data flooded in, the database systems faced severe challenges.

After surveying hundreds of enterprises, we at JD Cloud developed a portrait of their ideal database:

TiDB is an open-source, cloud-native distributed database. It features horizontal scalability and MySQL compatibility. As a distributed database, TiDB can be deployed across data centers, and it stores data in multiple replicas with strong consistency. It also supports automatic failover. In addition, TiDB performs remarkably for Online Analytical Processing (OLAP) workloads to provide a one-stop Hybrid Transactional/Analytical Processing (HTAP) solution.

TiDB's architecture is shown below. It has a multi-layered architecture with three modules: TiDB, TiKV, and PD.

On JD cloud, we deploy TiDB in Kubernetes to make TiDB more flexible and reliable. The deployment architecture is as follows: 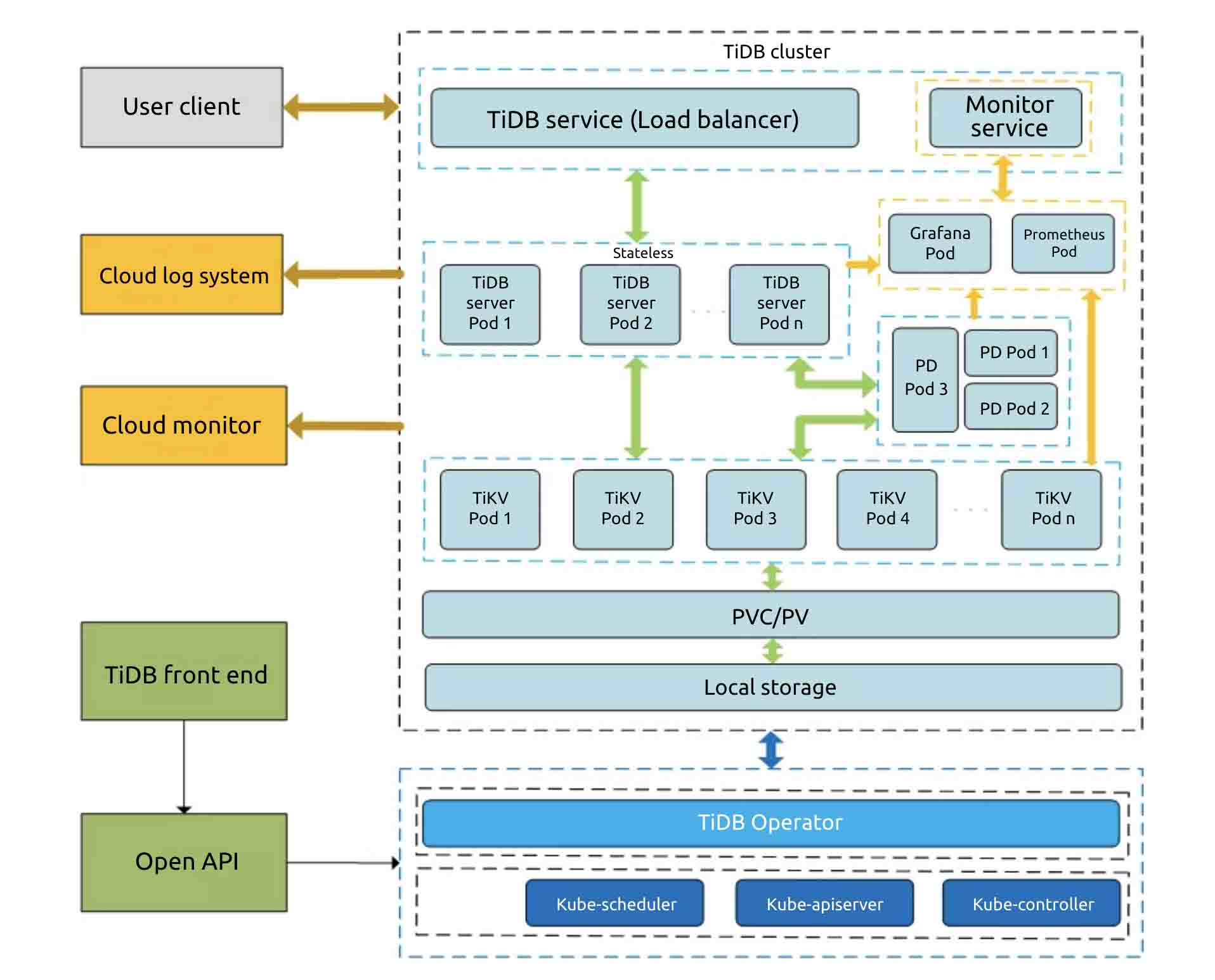 The user's client accesses the TiDB cluster via the network load balancer (NLB). The NLB balances the load among multiple TiDB nodes in the cluster. The cluster can have three replicas in three availability zones (AZ). By setting affinity, the number of TiKV instances is roughly balanced in each AZ. PD instances are also distributed in each AZ.

The TiDB cluster is also connected to the JD cloud monitoring and alert service and the logging system, which work together to supervise the status of TiDB instances. Users can manage the lifecycle of TiDB instances on the JD Cloud console.

Cloud-TiDB can automatically perform full backup and stores the backup data in object storage service (OSS). During the backup, TiDB doesn't write data to the local disks directly, but caches it in memory first and then sends it to OSS. This write approach improves backup efficiency and reduces wear and tear on the disks.

During the restore, TiDB can restore data from OSS into a new cluster without overwriting the original instance. This greatly ensures data safety and avoids any damage caused by operator error.

Cloud-TiDB can scale out by adding nodes online dynamically. TiDB can horizontally scale its computing capacity and storage to an almost infinite extent.

When users first launch a new application, a small number of instances may be enough for the service. (The minimum configuration is 3 TiKV, 3 PD, and 2 TiDB.) As the data volume grows, they can add more TiKV or TiDB instances as needed.

Cloud-TiDB supports real-time data analytics by adding TiFlash nodes. TiFlash is a columnar storage engine, the key component that makes TiDB an HTAP database. As a columnar extension of TiKV, TiFlash replicates data from TiKV in real time and provides the same Snapshot Isolation level of consistency as TiKV does. By virtue of the Raft consensus algorithm, TiFlash makes sure that the application reads fresh data.

When TiDB processes a query, it decides whether to read from TiFlash or TiKV. It can even use both storage engines in a single query to boost the query performance.

You can import data in CSV format into TiDB clusters at a stunning speed of 500 GB per hour, several times faster than traditional SQL import. The import process is as follows:

After the import, TiDB compares the checksum of the data source and the target cluster to make sure that the data is correctly imported.

TiDB has a comprehensive monitoring and alert service. There are two types of alerts:

The TiDB cluster provides bountiful monitoring metrics. You can access the monitoring dashboard via a browser and read hundreds of TiDB monitoring items as shown below: 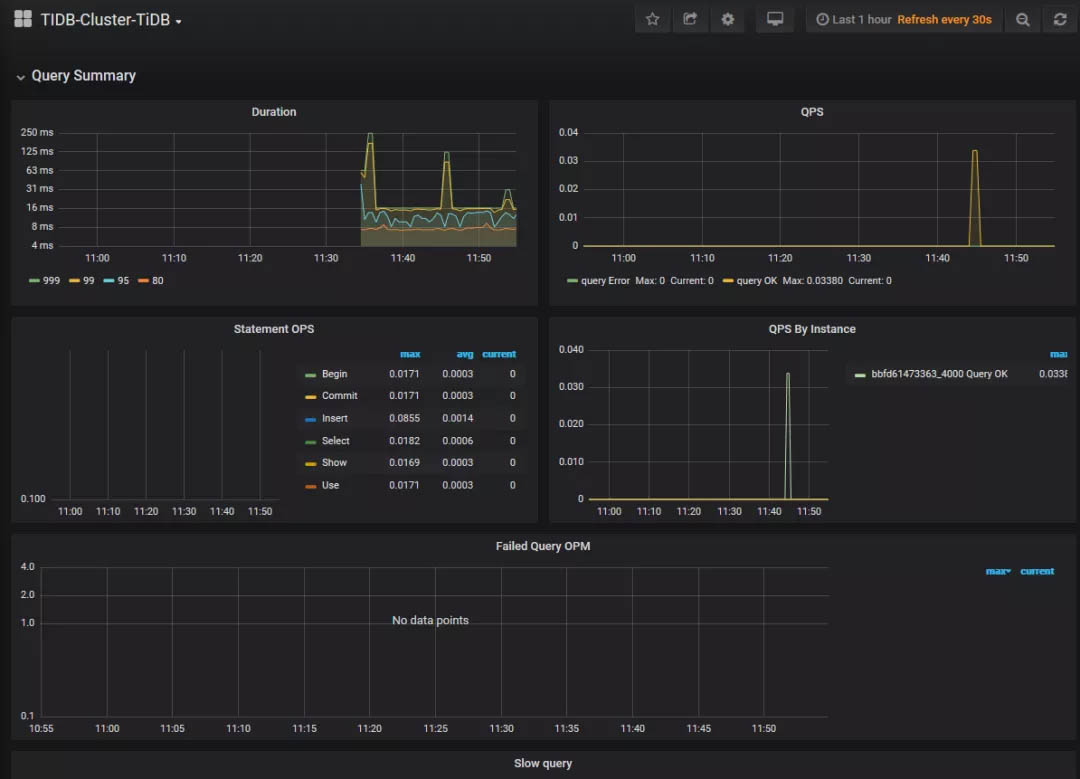 The most suitable scenarios for TiDB

TiDB is a good match for two types of scenarios:

Try out TiDB on JD Cloud

Cloud-TiDB is now available on JD Cloud, and you can apply for a beta test for free. If you have any questions, join our community on Slack.